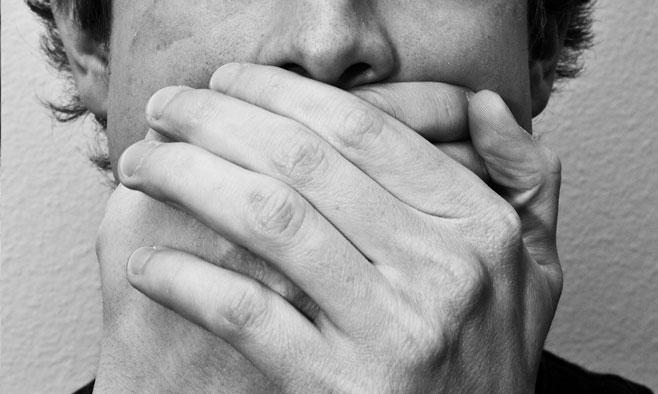 Posted at 19:40h in Inspiration by Kevin

People are so touchy.

At a recent social event, I was chatting with a youngish woman whom I had just met. We were engaged in a pleasant little conversation, laughing, and having a generally good time when the subject came around to her work schedule, about which she began to complain, saying it often caused her to have to work very late hours. When I asked her what her job was, she replied only that she “worked in hotels.” Well that set up was too good to pass up. So I simply responded… “prostitute?”

And can you believe it? She got really offended. I tried to laugh it off as the obvious joke I meant it to be. But she was clearly not amused and stormed off. Well, I guess it was bad judgment on my part. I forget that I do have a twisted sense of humor. I am also not easily offended to the point that I forget that other folks quite often can be.

I regularly say things that cause folks to give me funny looks. I just can’t help it. If it comes into my head – it generally comes out of my mouth, especially if I think it’s funny. Mind you, I don’t really care if whoever might be listening thinks it’s funny. I am one of those awful clods who laughs at his own jokes.

Later that evening, at the same event, a rather elderly gentleman was receiving an award. The old gentleman gave a beautiful acceptance speech that had the entire crowd in tears. It was, however, a rather lengthy speech, and at the end of it I turned to the lady next to me and said (again completely as a joke) “I thought he would never shut up.” The woman gave me a funny smile, so I took it farther and added that “it was a good thing the gentleman ended his speech as it was beginning to cut into what time he had left on earth.” The slight smile disappeared and she made her excuses and walked away – I offended another one. Of course, I think as it turned out she might have been his daughter. But still?…. Come on?…No?…

Oh well, I thought it was funny.