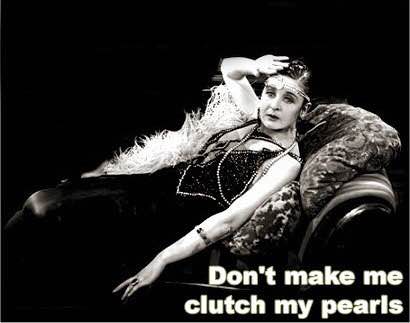 18 Jul A Flair for the Dramatic

Posted at 16:13h in Inspiration by Kevin

From a very early age I was drawn to and fascinated by “the dramatic.” Even as a young child, I loved scenes in old movies where people were overcome with emotion. At 9 years old I secretly hoped one of my school friends would faint out on the playground, just so I could finally say – as I had heard so many characters in black and white film say – “Quick, get her a glass of sherry!” But alas, no one ever fainted, and I’m fairly certain that there has never been any sherry in Tupelo, Mississippi anyway.

And though I often get very emotional, I have never actually fainted either. One time, in a London museum, I got fairly overcome while viewing Van Gogh’s self portrait and I had to sit down, but that is about as close as I’ve ever been to collapsing. I have had several friends tell me that they did actually faint upon seeing the Mona Lisa for the first time. I was very freaked out when I saw her, I remember my hands trembling, but didn’t feel at all faint. So again – no sherry.

Being overcome with emotion seems to be going out of style. I think people with strong emotions tend to medicate themselves these days – more’s the pity. I don’t mind occasionally seeing someone having a little meltdown at the supermarket. I think it’s healthy (within reason). A little offstage drama is a necessary part of life. As long as it is an honest reaction to a real situation and not just bullshit.

On the flip side, I can’t be around people who turn EVERYTHING into a crisis. That’s just petty.

Real, everyday drama, like tearing up over a commercial, getting into a fight with a tangled up garden hose, witnessing a car accident, being disappointed over a love affair, or being deliriously happy over the fact that those biscuits you just made taste just like the ones your grandmother used to make… these are the moments that truly teach us to be patient, to be caring, to be thankful, to be considerate, to forgive.

We are all just trying to get by the best we know how.

So if you want to have a little fit, or need to smash a whole set of dishes – go ahead! I won’t judge. I could even offer you a cold compress… or a hand fan… or a glass of sherry.