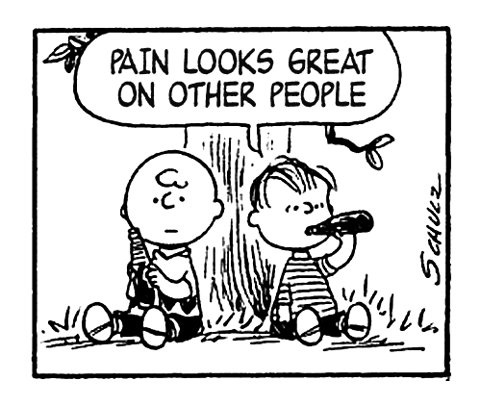 Posted at 15:37h in Inspiration by Kevin

Webster’s dictionary says that schadenfreude is “a feeling of enjoyment that comes from seeing or hearing about the troubles of other people.”

I suppose it is natural on some level, something we picked up as children. When we saw the bully on the playground get his ass kicked. Or when the prettiest girl in class walked in with a gigantic pimple on her face. Sometimes it was even worth losing a ball game if it meant that Joe Cool Super Athlete struck out. I personally smiled when little miss know-it-all raised her hand one too many times and got the answer wrong… Oh wait, that was me – well never mind about that, you get the point. Though it doesn’t say much for us as a species, sometimes we humans get a little kick out of seeing someone else fail.

It can be especially satisfying when bad things happen to bad people. To hear of a bank robber who accidently shot his penis off when he stuck his gun in his pants makes everybody giggle. We can find the idea of a rapist ending up as the sweetheart of his cell block amusingly appropriate. And my personal favorite is when “family values” politicians get caught with their pants down – literally.

But unbelievably it can also apply to the people we really love. I’m happy when Vincent cooks for me, but I’m even happier if his cooking is not as good as mine. And likewise I’m certain that he just loves the fact that if I tried to do my own income taxes I would wind up in jail. My mother and father loved to fish. I will never forget the smirk of satisfaction on my mother’s face one time when my dad caught a particularly large fish only to accidentally drop it off the boat moments later.

In some ways I guess all this makes humans seem rather sinister. But I think the real pleasure doesn’t come from seeing another person’s pain, it comes from seeing another person “being human” – making the same mistakes, facing the same struggles, having the same heartaches, the same defeats, the same disappointments, that we all face. It reminds us that even the prettiest girl can gain 20 pounds or that the star athlete can fall on his ass – just like the rest of us. It lets us love them a little more for their humanity and forgive ourselves a little more for our own.