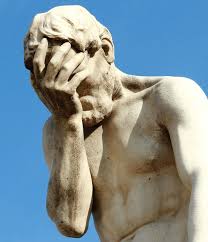 Posted at 18:16h in Inspiration by Kevin

There is an old adage that many doctors are taught in med school. It goes something like this: If you hear the sound of hooves clattering on the pavement in central park, chances are that it is a horse and not a zebra. The implication being that most things are what they appear to be. For med students this means don’t try to turn a simple cold into radiation poisoning.

But let’s forget medical school. I think that everyone needs a good dose of this lesson. In fact, given the ridiculous things I hear people say on a daily basis, I think we should have T-shirts made.

I heard a man say that if we allow gay marriage, the next thing would be that we had to allow people to marry Chimpanzees. Chimpanzees? Really? That is the next step? Are there a lot of human/chimp couples out there that I just haven’t met yet? “Have you met my girlfriend Cheetah?”

Someone else remarked that mass shootings were the result of mental illness. Which I partially agreed with until the lady informed me that mental illness was usually the result of government mind control drugs… because of course that is the only possible conclusion.

Another time it was the weather. One guy said there was no way that the weather could ever be affected by things like pollution, that more than likely Obama was controlling the weather in order to control the world. Because that seemed so much more reasonable than any old greenhouse gas theory. It is scary that I am not making this up.

I saw a lady pounding down a Big Mac and a gigantic soda. She was also extremely overweight, as was the other lady who was with her. “I probably should have gotten a milkshake” she said to the other. “I don’t think this Coke is good for my teeth, I been having toothaches. And I hear that diet soda is actually what makes you fat.” ….. There is so much wrong in this scenario, I don’t even know where to start. And yes, she was being serious.

I think the temptation to complicate things comes from the fact that it is often hard to face the simple truths about ourselves. “I couldn’t be fat because I eat too much and don’t exercise. It must be something else.” “The boss yells at me because he doesn’t like me. It can’t be just because I’m always late.” “I don’t want minorities to take over our country but I’m not a racist.”

It is an idiotic way to avoid things we don’t want (or are too afraid) to deal with ourselves. Let’s face it, is so much easier NOT to take any action – especially if you fool yourself into believing that the solution to a problem is far more complicated than it really is. Thank God I never do it.